Room for exhibitions and old trades. The structures of museum windmill De Wachter in Zuidlaren were too small to accommodate tourists in an adequate manner. Thanks to Leader, it now has a building with an historic appearance.
Tekst: Janine Hoekstein

In 1851, Egbert van Bon commissioned the construction of a windmill on the Zuidlaardervaart in Zuidlaren, currently known as flour and oil mill De Wachter. In 1895 the Medendorp family takes over the business. Until recently, the grandson of Medendorp lived next to the mill as a retired miller. De Wachter has been running until the late 1950’s. In the time that followed, the structure has been fully restored inside and out. The oil mill has been returned into its original glory. A replica of the spices mill, operating in the early years of the 20th Century, was built on the upper floor. After a long time of absence, the steam engines, generating power from as early as the turn of the Century and providing electricity to the mill, were also bought back and returned to their original position. Other steam engines were bought, e.g. one from a strawboard factory in Winschoten, to power the spices mill. From 1987 De Wachter has been turned into a cultural-historical museum. The windmill itself and the adjacent outbuildings are not only being used as a flour, oil and spices mill, but also as a bakery and a baker’s shop as well as a small grocery shop. Visitors can even sit down and enjoy a cup of coffee or a pancake to top it all off. Approximately 10,000 people visit De Wachter annually between May and the end of September. Board members of De Wachter were looking for more space to accommodate a donated wagon frame construction business, a clog factory and a collection of agricultural tools. LEADER brought the solution.

More exhibition room. Showing more old trades. That is what the board of the windmill De Wachter had in mind about ten years ago. Reason was the donation of the ‘Barkhof Collection’. A farmer by the name of Barkhof from Yde bequeathed an extremely large collection of agricultural tools and implements to the museum. That was great, but where to put it on display? The same goes for a donated wagon frame construction business from 1907. Completely intact, but with no space to exhibit it. The message was clear after clog maker Westerhof from Tynaarloo also donated all his tools and equipment to the museum: extra space was urgently required. For five long years, until 2002, al the options with pros and cons had been considered. The most important consideration was the money. In those days, Eeuwe Broersma had been elected secretary. He was willing to try his luck with applying for a subsidy. He got in touch with the Provincial Executive. From the discussions he held it appeared he could be eligible for a subsidy under the LEADER scheme. Together with a contractor friend, he initiated the consultation with the Leader coordinator and the local council. They also suggested to have the unemployed involved in the construction. That was because in that way the project could expect more support. Other meetings followed, in which other parties also had a say. ‘We wanted more space, the Provincial Executive wanted to stimulate the rural economy, the council wanted to retrain the unemployed, and the tourist sector wanted to improve the appearance of De Wachter. All parties were interested parties.’ From that time, everything went fast. Six weeks after the application was lodged, De Wachter was granted € 250,000 from the Leader funds, the full amount that was applied for.

A nice sum of money, but nowhere near enough. The total amount required was € 800,000. A challenge for the board. Broersma: ‘We contacted each and every fund that was in any way connected. We sent out sixty letters in all. Many funds promised us money. One more provincial contribution completed the project financially. We requested a quotation from two social job creation agencies. Alescon in Beilen took on the project for € 476,000. Early last year saw the start of the construction on the site next to the windmill. The building was to accommodate a clog factory, a wagon frame construction business, a forge and an exhibition room for the Barkhof collection. Space was also needed for a traction engine, a steam tractor and the winter storage of the paddle steamer. On the wish list was also a public area for large groups. All our wishes have been fulfilled. Broersma: ‘What makes me very happy are the cellars running beneath the entire length of the building. That gives us an enormous amount of storage space.’

Who can remember those old trades?

In the end we managed to stay well within our budget. ‘All the basic utility provisions, such as electricity, gas and water, were carried out by our own people. De Wachter has approximately 150 volunteers, among whom are many handymen and tradesmen. We did all the jobs we could save on, rather than bringing in contractors. That’s what we had agreed on from the start. For instance, we purchased the roofing tiles and the downstairs covering floor ourselves. In the end we were able to cut our budget by € 50,000.’
Broersma was thrilled to see ten students of the social services reintegration process at work. ‘You could see them gaining more self-confidence.’ Four of those ten people received a trade certificate and ended up finding a permanent job or receiving more training.

The mills of government not always grind slowly

Last April the exhibition room was completed. Visitors will now have to find their way to the old trades and the mill. On reflection, Broersma believes the entire project would have failed without the Leader funding. ‘Either that, or it would have taken many more years for us to scrape the money together.’ It is clear to him as to why the application for subsidy was granted. ‘De Wachter is known locally and in the province. Every now and again we were given some money from subsidies, but that was small change in most cases. We are not given a structural subsidy. For this extension project we prepared ourselves with an excellent, solid plan. Combining it with the reintegration project for the unemployed was also a strong argument. A number of indicators was simply good.’
De Wachter has also gained more value as a tourist attraction. ‘Who can remember how wagon undercarriages are made? And timber wagons? Where else would one see a professional clog maker at work? Static machines on display are no fun. Our strength is to have everything running; machines are coming to life. Not only tourists are coming to see us. We also welcome school groups and friendly societies. The region and the village benefit as well.’
Broersma is very proud of the final result. ‘It fulfils its purpose.’ This project more or less being completed, there is still a cupboard full of ideas. ‘Just the other day we were given a large amount of weights on perpetual loan. There is always something new popping up. If we come up with a new idea in line with the existing concept, we will give it serious consideration.’ He is convinced the project can serve as an example to others. ‘The combination of volunteers and reintegration workers demands considerable commitment and organisation, but it gives a lot of satisfaction as well. I would definitely like to advise and inform others who may consider this concept. What could you come across? What could you achieve? Forget about the number of hours you have to put in. Just see it as if you are playing a game. The experience with Leader are also positive. The rules were crystal-clear. It all went on the basis of sticking to an agreement. The mills of government not always grind slowly. We applied in January and the subsidy was granted in May.’
The official opening ceremony took place on 25 April. ‘We would like to show everyone where the money has gone. All subsidy providers and sponsors. We are proud of what we managed to achieve in such a short period of time. We want to convince them that no money has been wasted.’

The operation of museum windmill De Wachter is entirely in the hands of its 150 volunteers. In summer during opening hours, they are in charge of the guided tours and take care of the kitchen and the bakery. The technical engineers are working one or two days a week throughout the year. ‘Most of our volunteers have reached the pensionable age,’ says secretary Eeuwe Broersma. ‘Our youngest is only 21; he is a miller. Most volunteers were looking for a hobby after they retired from the workforce, and so they came to us. Others would like to carry on doing the work they used to get paid for. Every volunteer is proud of De Wachter, and rightly so. We even have a Wachter choir: volunteers with a singing voice who also like to escape home in winter.’ During the preparation and the construction of the new exhibition room, Broersma spent some four days a week as a volunteer himself. ‘I enjoy the challenge. My background is in ICT; I didn’t know a thing about subsidies and building. Those are the kind of skills others would have. I do know about assisting with projects though. To me, the whole process was a lengthy voyage of discovery from start to finish.’ 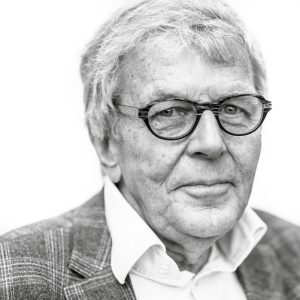 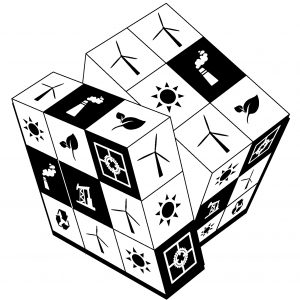