In East Groningen, the LEADER Action Group Oldambt-Westerwolde made a conscious choice in favour of projects setting in motion the processes which strengthen the self-organising power of the locals. One of those outstanding projects was the New Style of Entrepreneurship.
Tekst: Bertus Boivin

The LEADER Action Group Oldambt-Westerwolde has chosen the region’s own power as the basic principle. In almost any case the local initiatives were at the basis of their projects. Chairman of the Action Group is the Groningen provincial executive Henk Bleker. He describes the specific approach in East Groningen: ‘From experience we knew that many valuable ideas did not come to fruition for a variety of reasons. Leader is a great way of supporting the initiators in eliminating these bottlenecks. It is certainly not only a matter of money but also advice or bringing the parties together.’
In the LEADER period 2001-2006, about 19 million euro has been put into some 50 projects and four so-called umbrella projects in Oldambt and Westerwolde. Those four umbrella projects consist of a large number of smaller projects. The New Style of Entrepreneurship project has seen many subsequent projects. All projects combined created immediately more than 180 jobs. A peculiar detail of the approach was the one-stop co-finance arrangements from municipal and provincial councils, among other things. LEADER coordinator of Oldambt-Westerwolde was Jan Beekman. He is still passionate about the approach: ‘This way of co-financing allowed us to cut many corners. Initiators of projects were faced with only one single procedure. It has been very lucrative for us.’

As external project leader, Hein Ruijgers has been involved in the New Style of Entrepreneurship (ONS) since 1998: ‘The idea for this approach of strengthening the entrepreneurship originates from the Loire valley in France. It is a rural area with many small businesses that resembles the situation in East Groningen. Around 75% of our businesses is classified as ‘small businesses’, offering jobs to no less than four out of five people. The interesting thing about the French approach was for the methodology being aimed at both individual businesses and at the level of industries, sectors and other forms of collaboration.’ Jan Beekman: ‘In our search for possibilities to strengthen the entrepreneurship, we said right from the start that new activities must go far beyond the likes of pitching a tent on a farmer’s land or a care farm. As an ONS project leader, Hein Ruijgers had every opportunity to seriously assist the entrepreneurs. LEADER created the possibility of trying out matters thoroughly.’

One of the most striking projects that were given shape and substance thanks to the ONS approach is The Blue Ribbon, a special form of collaboration by operators in the recreation world around the Oldambt lake. Diet Faber of Huninga’s Heem (where golf players can practise ‘Pitch & Putt’) was one of the initiators four years ago. ‘At the time we started The Blue Ribbon with eight entrepreneurs, looking at our chances of utilising the Blue City. Before long we approached ONS, as people allowed us to also focus on structural matters around collaboration and marketing.’ As an example she mentions the Tourist Info Stops: ‘In our region, a Tourist Information Office twenty kilometres away is not very useful. If you are out on your bike, you want the information here and now. Signs placed around the lake tell visitors where they can find the information on tourist companies.’
According to Diet Faber, one of the most important points of Leader for projects such as The Blue Ribbon is being allowed time to choose the right form: ‘We could have grown much faster, but we thought we would be better off with a solid foundation to start with. First clearly charting the course; others are then able to make an informed choice whether or not (and how) to take part.’ This strategy appeared to be a success. In the meantime, 24 entrepreneurs from around the Oldambt lake joined The Blue Ribbon.

Spider in the web

Project leader Hein Ruijgers confirms Diet Faber’s experiences: ‘Within ONS, we and our team of people have offered the opportunities of trying things out. We have been able to create opportunities for them. Besides, we were a spider in the web. We knew what all the others were doing, so it was easy for us to put people in contact with one another.’ Jan Beekman: ‘Perhaps this has been the greatest benefit of the approach by East Groningen: at one point in time linking the – at first sight – loose and individual initiatives.’
Asked about the strengths of the New Style of Entrepreneurship, Hein Ruijgers mentions the choice that was made for an integral approach at the time, as well as the fact that ONS has always been close to its customers: ‘We know the area and we speak the same language.’ Another strength quoted by Jan Beekman: ONS offers an excellent way of supporting individual entrepreneurs using European funds. The two objectives combined – assisting and advising individual entrepreneurs and groups – resulted in the success stories for Oldambt and Westerwolde.’

Country shops are a good example of the ONS approach. At the time Hendrik-Jan Kieft was one of the agricultural entrepreneurs who went out looking for new opportunities to sell his produce. Kieft and his wife Alida are running a chicken farm near the city of Winschoten. In the early days we were running a truck for home deliveries. Kieft: ‘Our idea was selling fresh and honest products directly to the consumer. Running the truck went quite well for some time, but at one point we sat down and took stock of the situation together with ONS. The home-delivery truck didn’t get us anywhere. In spite of the fact we could benefit from unpaid labour, our costs were relatively high. We just kept running around in circles and our business could no longer grow. After talking with ONS, we thought about upgrading our concept by starting up points of sale at the customers we supplied. The staff at ONS have played a very important role in achieving our goal. They knew where to go and put us in contact with other initiatives in the field of local produce, both in the region and elsewhere.’
That was the onset for establishing ten Country shops in 2005, selling not only the owners’ products but also each other’s products. The shops are selling chicken products, pork, beef, sausages, milk products, cheese, vegetables, fruit, fruit juices, wine, mustard, flowers and plants. Hendrik-Jan Kieft: ‘The underlaying idea is to maximise the potential for the producer also to be the seller. As a seller, you know your products and you will be able to build a special relationship with your customers. I can tell my shoppers the story behind my business and at their request I’ll show them my place of work.’ At this point in time the Country shops in East Groningen are in the process of rolling out their concept across the entire province of Groningen.

The role of the district councils

For almost ten years, the New Style of Entrepreneurship has achieved good results in East Groningen. For Hein Ruijgers time to call it a day. LEADER coordinator Jan Beekman will be running the new Leader project for the province in North Groningen in years to come. Therefore, time to reflect on LEADER Oldambt-Westerwolde. Are there lessons to be learned? They both point out the necessity of having the regional councils closely involved in the processes of this nature. Jan Beekman: ‘LEADER enabled projects in East Groningen that would have failed without it. We have been able to set up an efficient project organisation, but our approach left the councils more or less on the sidelines.’ Hein Ruijgers butts in: ‘The way in which we managed to organise the municipal co-finance has been most efficient. On the downside, it means the initiator has no direct relationship with the regional councils. Maintaining contact with the councils puts on a special demand. Sometimes we noticed that people involved were not aware of this fact until at a late stage of the project.’
Jan Beekman mentions another point of interest: ‘Over and over again, it seems that many people find it hard to think outside the square. That goes among organisations, and sometimes even among departments within the same organisation. These are the lessons from LEADER we need to keep working on.’ 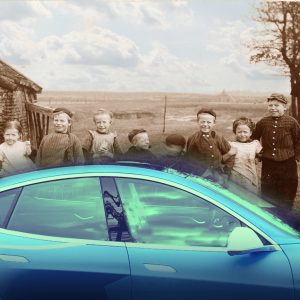 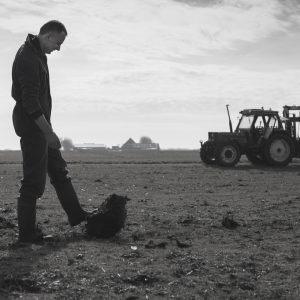