The silent force of southwest Friesland

A project in the rural communities of Gaasterlân-Sleat and Nijefurd is undertaken for women who consider starting up their own business. Tuition and network meetings started in January of this year, giving the 25 female participants the badly needed support before they will take the plunge to self-employment.
Tekst: Annelies Vreeken

In the idyllic historic town of Workum I catch up with Silvia Hania of the Solyda Foundation, Hélène Schlingmann of Bureau Mainstream Support, Age Kramer of Plattelânsprojekten (Country Projects) and four of the women taking part in the Minding Your Own Business project: Els Rowies, Marjolijn Goossen, Jitske Mous and Wybrich Plomp. Before long we talk about country culture, in which the man’s farming business traditionally takes centre stage. A familiar picture to Els Rowies from Flanders, who has been living in Friesland for the last 23 years: ‘Women are often following their husbands in their business. I have done so myself. My husband has an installation firm for which I have been doing the books for many years. Even though I am not an office person at all! I realise it was my own choice at the time, but I am now ready to set up a business of my own.’ Her dream is to start a garden where people can come and relax in a natural environment. She is still looking for the right location, but she has already picked the name: ‘Tún De Blikke’ (Bleach Field Gardens).
Age Kramer confirms the conservative culture of the countryside. ‘I do not want to pass judgement in the sense of being right or wrong, save to say it has grown from one generation to the next. However, more and more women feel the need for further personal development these days. The aim of this project is to appeal to the silent force and to mobilise such force.’ On behalf of Plattelânsprojekten, an organisation as part of the Province of Fryslân, Kramer has successfully applied for a Leader subsidy. ‘The project fits perfectly in the Leader objectives. Firstly, one of the spearheads for the Leader region of southwest Friesland is the promotion of small and medium-sized businesses. Secondly, it fits in well within the European target group policy, in which women are explicitly singled out as a target group.’

Drawing strength from the group

Silvia Hania explains how women are dealing in an entirely different manner from men in terms of entrepreneurship, and consequently require an entirely different approach. ‘Women do rather not work by themselves; they do best in a group from which they can draw support. If they work for a boss, their colleagues and the atmosphere at work are most important issues. But self-employed women also need such support. Our project is aimed at creating a network to offer the self-employed women some kind of amicable atmosphere among each other. Not surprisingly, the idea is to keep the network going after the project is over.’ The students confirm that support from a network would mean much to them. Rowies: ‘I draw strength from the group to turn my ideas into reality.’
In addition the women are sharing knowledge and ideas, and they are helping one another to find out what exactly they would like and are able to do. And quite often that’s easier said than done, as Jitske Mous knows all too well. She has been doing volunteer work for many years, but with changing personal circumstances she is now looking for an income of her own. But at the age of 55, employers are rather looking the other way. ‘As a volunteer I have been organising all kinds of events, particularly for the church, so I know I like organising things and having people around me. Through this course I would like to find out how I can utilise my qualities in a professional manner.’

As well as self-analysis and the network, the course will also provide professional support in preparation of becoming an entrepreneur. One of the tutors is Gerke Wispelwey of Buro 360 in Leeuwarden, who is teaching women the best office practices. A very important matter, because administration is often the weakness of the small business owner. Although a solid administration is one of the fundamental conditions for a successful business. Part of the course is provided by the Chamber of Commerce. They have become aware of the fact that women and men require a different approach. Men come to our service counter seeking for answers to a problem they are faced with, but women quite often have thought of a solution themselves and ask our advice to check they are on the right track. In the meantime the Chamber of Commerce has adapted its policy to suit the needs from women clients. They can reach more potential female entrepreneurs in the country via this project. Countrywomen are not as mobile. Their husbands are using the car and public transport is substandard. In that case, a trip to the Chamber of Commerce in Leeuwarden is quite an undertaking.

The space around your home and in your head

But don’t have the idea that countrywomen do nothing but taking obstacles away. There are opportunities galore. Take Marjolijn Goossen who, after having lived in Amsterdam and New York City for many years, can’t get over the amount of free space in the country. Firstly, space in the literal sense of the word: just about every home has a piece of land and a large shed, ideal for people you would like to start selling goods from home via their web site. But there is also the space in one’s head. Goossen: ‘Here is far less distraction than in the city, so I have to keep myself occupied. I don’t think I would ever have considered starting my own business in Amsterdam.’ Together with her husband who is a wood turner in Bakhuizen, Goossen developed a net curtain screen she would like to market under the name of ‘Houtdeco’. The product is a small folding screen of timber and fabric, placed on a windowsill as an alternative for a net curtain. If this first product is selling well, she would like to start up her own business with her own name and logo. She has already got some nice ideas about the products she would like to develop, but thinks it is too early to talk about it.
Goossen is also surprised about the many activities in the country. Everyone knows everyone else, and working together with others is easy. Wybrich Plomp is planning to make use of this. She has various graphic talents, such as designing web sites and drawing and painting portraits of animals at people’s request, but she also likes to organise horse & carriage tours through the woods. She is currently exploring the possibilities of combining a number of tourist initiatives in the region into package deals. The network could be used for that purpose. Because the project is not only set up in support of one another, it may also offer some opportunities of working together in the region.

Silvia Hania expects the ‘Minding Your Own Business’ project may also work very well in other country regions. After all, the issues of the countryside are universal. The strength of the project is in the fact that everything takes place close to home, in one’s familiar environment. Hania: ‘Kitchen table talk at the women’s homes was just the beginning. We put the programme together from what the women desired.’ Hania is very happy about the progress of the project to date. ‘Twenty-five women turned up at the first informative meeting in November last year, and all of them have enrolled. And quite a few new candidates are on the waiting list.’ Before the launch, Hania expected particularly young mothers to be interested. But the demand was mainly from women aged 40 and over. They are from a generation with stronger sex roles. They stopped working as soon as they were planning a family. But with their children grown up, they would like to do something for themselves – but they don’t know what and how. Today’s young mothers are obviously not clinging to the old sex roles. They just keep working, full-time or part-time, even if they are living in the country.
This year, one of the women taking part already has her own secretarial services bureau registered with the Chamber of Commerce. The other participants are busy writing a business plan. Writing a business plan is a task by itself: people are forced to ask themselves and each other very specific questions. Dreams must be turned into reality. Not every dream will survive the process. On second thoughts, one of the participants changed her mind on going into business on her own. Hania would not call it a failure: ‘The objective of our project is to support our search toward self-employment. The search may result in a decision not to become an entrepreneur after all. That’s fine – at least you know. That, too, is an outcome of this project.’ 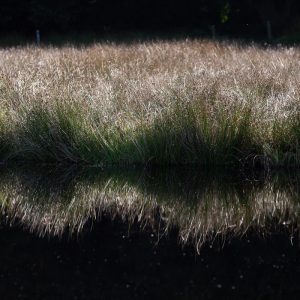