Volunteers are indispensable and invaluable

While studying Management, Economics and Law at Hanze University Groningen, Jeanine de Kleine has tried to get a better understanding of the quantity and quality of work by volunteers within Leader projects, by working as a trainee with Project Bureau LEADER+ Hoogeland for twelve weeks in 2006.
Tekst: Jan Abrahamse

Volunteer work is as old as mankind itself. The term ‘noaberschap’ (neighbourliness) in Drenthe dialect is an unparalleled form of volunteer work. According to Jeanine de Kleine, volunteer work as we know it today dates back to the 19th Century. In those days it was mainly ladies from the upper-middle class who volunteered for the less fortunate people in society. Also the representatives of various religious movements have devoted themselves to things like education and caring for sick persons, on top of their main objective of spreading the gospel. Much of volunteer work in these sectors would later become paid jobs. In recent years, the Netherlands has had a stable number of around four million volunteers.

What is a volunteer?

Not all organisations have a similar interpretation of the term ‘volunteer’. According to one definition, volunteer work is unpaid work. Another definition includes an allowance (for expenses), as long as the allowance is below the rates on the open market. In Jeanine de Kleine’s study, a volunteer is someone who works of his/her own free will without receiving any realistic pay in return.
Volunteer work can be included under co-financing in LEADER projects. This ‘contribution’ is in the form of hours worked, calculated on an hourly rate of € 20.00. According to European standard conditions it is: ‘Input in kind, in the form of land, buildings, capital goods, raw materials, volunteer work and research, or any other forms of professional services.’ The input is subject to prior announcement and approval.

Jeanine de Kleine conducted the study because her tutor, who was part of a LEADER Action Group (a local group advising the Provincial Executive on LEADER projects), told her about the little amount of research done into the role of volunteers.
The problem definition De Kleine was seeking to answer was: how many hours of input by volunteers are part of the projects and how does one rate the quality of their work. In order to evaluate the quality, Jeanine de Kleine has been looking at the basis for the project, the networks that have emerged, and the sustainability of the project.

Thirteen agricultural and cultural-historical projects
For her study of the LEADER programme Hoogeland, Jeanine de Kleine examined 13 of a total of 50 projects. Her informants were local project leaders and project coordinator Bart Bagerman. Volunteers worked in many different fields, including financial and administrative matters, building repairs, bricklaying, planting out reed, providing information, etc.
De Kleine selected these projects because of the amount of volunteer work they included. The number of volunteers working in the 13 projects ranged from 2 to 150. However, most projects had between 15 and 20 volunteers. The thirteen projects were very diverse. For instance, the restoration of the Hunsingo windmill coincided with the set-up of overnight accommodation and an exhibition hall. The total bill was € 320,000.00; the project had 20 volunteers who worked not only more than 860 hours during the project (the equivalent of about € 17,000 based on the rate of € 20/hr) but also spent more than 1,600 hours of preparation time (€ 32,000 on the basis of the same hourly rate).
The project was aimed at strengthening the tourist development in this region. This has partly succeeded. In the first year of operation, the occupancy rate was 35% against an estimated 20%. The high rate was a result of the canal boat theatre trips, but after one year this was no longer feasible. It was followed by a culinary tour and the ‘Ruige Route’ project, a trip of more than one day by bicycle, on foot or by canoe along special natural areas and cultural-historical places. As well as the tourist developments, Jeanine de Kleine says the project has also strengthened the social cohesion in the village, because the volunteers all have one common goal. Volunteers who have given their time to restoring the windmill are still active; they are also prepared to work in the second restoration phase.
Other projects that were subject of the study included routes with common themes such as cultural-historical or agricultural values, e.g. the earlier-mentioned Ruige Route and three cycle routes along agricultural businesses, as well as the extension of the ‘Jacobspad’ from Groningen to Uithuizen.
Another special project is Terra Practica, providing an instruction room used by students of the dairy farm, training to gain practical experience. Other projects are also closely related to agriculture: the farm bus, selling products from the Hoogeland farms, and the farmers’ market in Ewsum. Historical Sites is a project focussed on the conservation and improvement of the quality and the identity of cultural-historical valuable sites, such as places of former strongholds and the valuable cultural-historical and tourist recreational church sites that are still available.

A quarter of all projects is being ‘financed’ from the hours worked by volunteers. In her study, De Kleine made an effort to demonstrate that volunteer work is very important, also financially. ‘If you hold on to the € 20/hr rate, one quarter of the projects is being ‘financed’ by volunteer work. It means the money value of the volunteer work is as high as the European subsidy. This is an average figure, but there are instances of projects where the ‘financial’ contribution of volunteers is much higher. A good example is the farm bus of Het Hoogeland with a realised volunteer capital of € 350,000, while the subsidy was only € 64,000.’
Her study shows the European Union contributed over € 1,000,000 to the thirteen Hoogeland projects, compared with more than € 2,000,000 of public funds and almost € 350,000 of private money. These thirteen projects involved 371 volunteers, representing a capital of more than € 1,100,000. That is money the volunteers ‘contributed’ in activities prior to the project and during the realisation of the project. Such co-finance, albeit in the form of hours of work by volunteers, exceeds the amount of LEADER subsidy put into the project.

Quality of input by volunteers

De Kleine has also studied the basis for the projects. The volunteers must spend much time and pay attention to this matter, since the basis is indispensable for the correct implementation of the project. Motivation is very important to volunteers. Some people seem to believe that volunteers will always be there, no matter what happens. Without volunteers, projects are likely to fail in the long run.
Networking has also been subject of the study. Most volunteers are using their own networks in particular, bypassing the networks set up by professionals.
Sustainability was the third aspect. De Kleine defines sustainability as the guaranteed continuation of the project. In many projects, sustainability depends on the input from volunteers. A solid basis is important to guarantee the continuity, as it will be easy to recruit more and new volunteers.
In conclusion, Jeanine de Kleine fears that LEADER projects would not be able to continue without the help of so many volunteers. She would not be surprised to see volunteers get paid in the distant future. 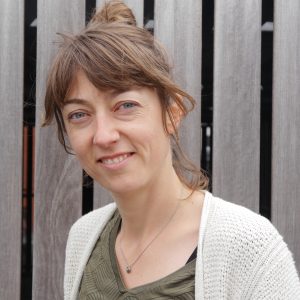